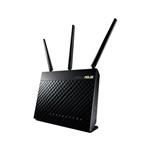 World's Fastest - For Those Who Run Ahead
The ASUS RT-AC68U is the world's fastest Wi-Fi router, with combined dual-band data rates of up to 1900 Mbps. 1300 Mbps 802.11ac at 5 GHz gives Gigabit wireless data rates, while Broadcom® TurboQAMT technology super-charges 2.4 GHz 802.11n performance from 450 Mbps to 600 Mbps with compatible devices.

Powered by a dual-core processor, the RT-AC68U eliminates the performance drops that plague other routers with busy networks. So even on the busiest home networks, HD video streaming is always smooth, the latency low for online gaming and VoIP calls, and file downloads are never interrupted.

The RT-AC68U also features dual USB ports for file, printers and 3G/4G modems sharing and a USB 3.0 port for up to ten times faster data transfers than USB 2.0.
ExclusiveASUS AiCloud transforms your home networking into your personal cloud for easy streaming and sharing to smartphones, PCs, and tablets. Router-to-Router sync also makes it simple to sync files on USB-connected storage with other compatible ASUS routers for hassle-free sharing of large files with family and friends.

The easy-to-use ASUSWRT graphical user interface unlocks the power of the RT-AC68U giving robust control to optimize your network for you. 30-second set-up and easy traffic management means even network newbies can enjoy its sophisticated features, while power users will love its IPv6 support, multiple wireless SSIDs and secure VPN access.

Do more at once with dual-core processors inside
The ASUS RT-AC68U features a dual-core processor that eliminates the performance drops that plague other routers. So even on the busiest home networks, HD video streaming is always smooth, the latency low for online gaming and VoIP calls, and file downloads are never interrupted.

Dual-band connectivity for compatibility and performance
Delivering 2.4 GHz and 5 GHz concurrent bands at up to 600 Mbps and 1300 Mbps, respectively, the RT-AC68U has a total speed of up to 1900 Mbps, and maintains complete stability. You can perform basic tasks like Web browsing and file downloading on the 2.4 GHz band, while simultaneously allowing multiple devices to stream in Full HD or support online gaming and other bandwidth-demanding applications smoothly on the clearer 5 GHz band.

Ultimate USB speed and versatility
Highest Speed USB 3.0 features data transfers up ten times faster than USB 2.0. Two USB ports make the RT-AC68U perfect for file, multimedia, and 3G/4G sharing, while ASUS AiDisk offers remote access and quick content streaming. Where other routers have their USB ports sandwiched next to one another, both RT-AC68U USB ports are evenly spaced for easy access to either at all times. 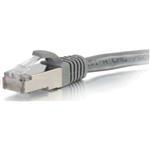 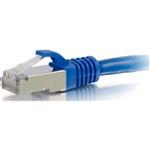 Every effort has been made to ensure the accuracy of all information contained herein. Midway shall not be liable for any changes resulting in wrong product description, tax code and/or price. The shown information (specifications, prices, taxes) should be considered as an indication and can be changed at any moment and without any prior notice.
Cookie Policy

These cookies ensure that the webstore functions properly. Think of keeping track of your language and your products in your shopping basked, log on with your account, the checkout form, filter search results etc.

We use analytical and tracking cookies to see how we can improve the webstore and how we can adapt content and potential advertisements to your preference.